David Philpott was originally from Broadstairs, Kent where he trained at Thanet College. He moved to London at the age of 19 where he embarked on his career as a chef. He has worked at The Mirabel, London under Marco Pierre White, Scott's Restaurant in Mayfair and Monsieur Max under Alex Bentley and Tom Kerridge. He moved on to become Head Chef at Retro in Teddington for 6 years. While at Retro, David helped achieved the 'Good Food Guide Best Restaurant in London' award.

John and Caroline Philpott, David's father and stepmother have many years experience in the Hotel and Catering Industry where they bring their expertise into the business to support David establishing his  business venture. 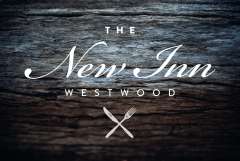